“I believe in driver’s licenses for all. I believe that all New Yorkers, regardless of documentation status, need to be able to get a driver’s license the right way.” New York City Mayor William deBlasio, and former 2020 failed Presidential candidate.

The question that begs to be asked is in response to deBlasio’s question: What is the “right way?”

So, here is one of the worst mayors in New York City history, if not the worst, along with not having been recognized as a viable Presidential candidate, getting his wish and answering his own question. As usual, deBlasio is putting the needs of illegal immigrants ahead of running NYC, and safeguarding American citizens. Moreover deBlasio has run NYC into the ground with his dangerous and radical progressive platform, with crime rates rising. On Monday, December 16, 2019, the radical, orthodox, extremists of the socialist liberal left once again got their way as they continue to destroy the Constitutional Republic. Let’s step back in time just a bit…

On Monday night, June 17, 2019, New York State, my home, approved the issuing of state issued driver’s licenses to illegal immigrants, as the extremist, orthodox, liberal Governor, Andrew Cuomo (D), signed the bill. New York became the thirteenth state to do so. Essentially, this is rewarding the breaking of Federal immigration laws by illegal immigrants, who snuck into the United States, with legally issued documents. This action demonstrates the continued action of the authoritarian, orthodox extremist liberal socialist left, as they pander for the votes that illegal immigrants would gladly give them in the 2020 Presidential Election. The orthodox, extremists of the socialist liberal left are, and will do anything, to defeat President Donald John Trump in the 2020 Presidential Election. The DNC has faced the fact that their loser, incompetent “candidates” have little to no chance of defeating POTUSDJT.

The twelve states, plus newly minted New York, along with the District of Columbia, have enacted laws to allow “unauthorized,” their wording, or illegal immigrants, to obtain a driver’s license. These states are California, Colorado, Connecticut, Delaware, Hawaii, Illinois, Maryland, Nevada, New Mexico, Utah, Vermont and Washington. The aforementioned states are the most liberal in the Union. As a matter of fact, Governor Gavin Newsom (D-CA), in office since January 2019, is giving Cuomo a run for the money as to who is pushing the authoritarian, unhinged, orthodox, progressive agenda the furthest left. California also has ratified offering free medical care to illegal immigrants. Guess how “free” is being supported?

And don’t forget that California, along with New York for example, are sanctuary states. So, what happens, for example, if an illegal immigrant, who was issued a state license, is involved in a fatal accident, his fault. Whatever the circumstances, the illegal immigrant is found guilty of vehicular homicide. Being that this person is an illegal immigrant who committed, and was found guilty of homicide, should be remanded, with Immigration & Customs Enforcement notified. Yet, under sanctuary “rules,” ICE is not notified. The illegal immigrant would be tried and convicted under California law. And who has to pay taxes to support this illegal in prison? Life behind bars could very well be better than any incarcerated illegal has ever had living on their own.

On a side note, it was reported, and confirmed, that a large number of illegal immigrants voted in the 2016 Presidential Election, most likely for the treasonous scoundrel, and two time loser, Hillary Clinton. The issuance of driver’s licenses further continues the encouragement of illegal immigrants to try to enter the country, despite not being citizens, and disappear. This is a key reason as to why voter identification must be passed into law and why the Democratic Obstructionist National Peoples Socialist Party is staunchly against it.The operative word is illegal.

The measure to issue driver’s licenses to illegal immigrants was ratified by the NY Senate, by a 33-29 count, often with a demonstration of heated remarks from both sides of the aisle during the floor vote. This obviously was not a bipartisan vote, despite an overwhelming majority of New Yorkers stating that they were against the issuance of driver’s licenses to illegal immigrants. As usual, a leftist leaning radical Democratic majority legislature did not adhere to the will of the people, who voted them into office, whether on the state or Federal levels.

With the expected flood of illegal immigrants receiving state issued drivers’ licenses, low skill American employment will be affected. As it stands today, the unemployment rates for Blacks, Hispanics, Asians and women are at all time historical lows. The illegal immigrants receiving drivers’ licenses will take jobs away from American citizens. It’s that simple.

“The oldest fraud is the belief that the political left is the party of the poor and the downtrodden.” Dr. Thomas Sowell

Here is an interesting scenario: let’s say an American citizen decided to sneak into another country, Russia for example. Collusion? They would not be offered entitlements and free medical care, much less legal documentation, such as the aforementioned driver’s license that are given in the United States. There is no doubt that the unhinged, orthodox extremists of the liberal socialist left are more concerned with catering to illegals than veterans, American Indians and the 16,000,000 American children living under the poverty line. Anything to establish a new voting base.

I do wonder how non-English speaking and reading illegals will be able pass the written exam, which must be in English. What about following directions in English during the road test. If they are in fact granted a driver’s license, how do they read signs? Back to Russia as an example, what simple driving command is this: “стоп?” If you are not literate in Russian, you could very well receive a number of summonses or end up in car accident

Earlier in 2019, NY State Senator Kevin Thomas (D-Levitown) stated that “States cannot really stop ICE from accessing the documents,” adding he came to that conclusion after researching the issue. “Given how Trump is going around rounding people up, I have a lot of anxiety” about enacting the legislation. So, here we have a local, radical liberal Democrat who supports breaking Federal laws regarding illegal immigration and law enforcement that focuses on the criminal element. What Senator Thomas is remiss in addressing is the invasion of illegal immigrants illegally entering the United States at the southern border. What he also failed to mention that despite receiving court dates to determine their legal status, over 90% of them are no-shows and disappear into the country never to be seen again. That affects everyone. And this senator is remiss in how Long Island has been flooded with illegal immigrants. Just think about the problems now facing the Department of Homeland Security, ICE and those who secure our borders, Custom and Border Patrol. The issuance of driver’s licenses to illegal immigrants, or as the radical, extremists refer to them as “undocumented.”

The law took 180 days to go into effect, meaning the first licenses were made available on Monday, December 16, 2019. The effects will include non-English speaking and reading drivers on the road, along with a guaranteed increase in automobile insurance. The ones I feel sorry for are the people who are legally following the laws in order to be eligible for American citizenship, which also costs a small fortune.

Lastly, the above Russian word is “stop.” 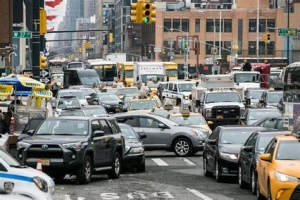 View all posts by Islestradition